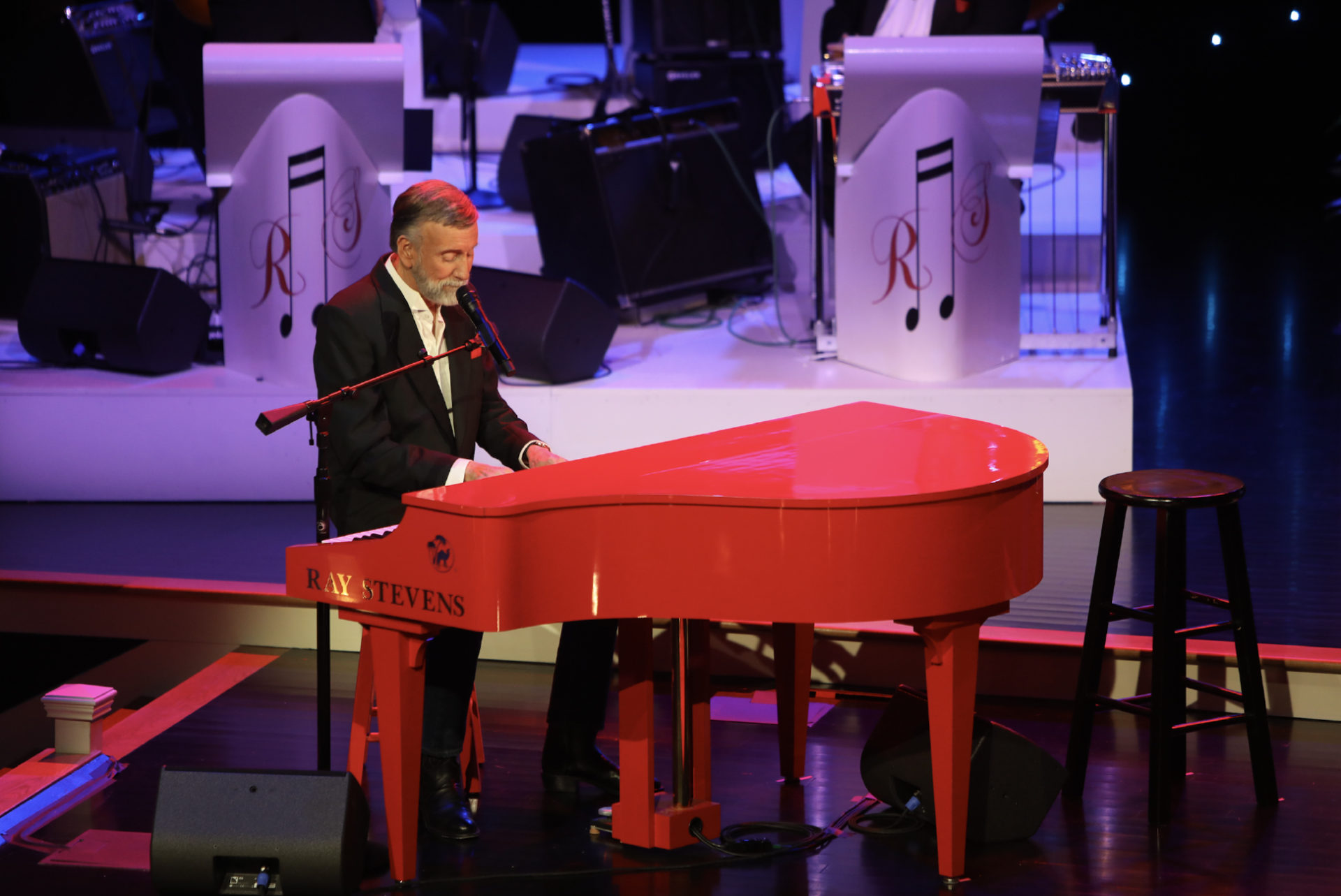 Comedy and music legend Ray Stevens has spanned multi-generations with 60 years of fabulous music, including his Grammy® Award-winning classics “Everything Is Beautiful” and bluegrass masterpiece “Misty”, as well as comedic hits like the multi-million selling records “The Streak” and “Gitarzan”. Throughout his iconic career, his talent has touched so many, not only as a recording artist, entertainer and composer, but also producer, arranger and musician playing on the recordings of some of Nashville’s legendary performers.

From the early age of six Ray Stevens began taking piano lessons, had a realization and, in his own words, “It all made sense.” From then on — music was his life. By the time he was a teenager in Albany, Georgia, he had absorbed many of the great musical influences, from country to rhythm and blues. After meeting music publisher Bill Lowery in Atlanta at age seventeen, his music career was launched, his destiny set and the rest is history. He was still in high school when he made his first trip to Nashville to make his debut record “Silver Bracelet” at the now Nashville Attraction and historic RCA “B” studio. Ray’s talent on the piano and as an arranger allowed him to become first call for recording sessions all over Nashville’s music row and beyond.

In 2015, Ray began producing and hosting “Ray Stevens Nashville”, a 30-minute weekly music variety show on cable TV. Since then, the show has been rebranded as “Ray Stevens CabaRay Nashville” and is now filmed on stage at the brand new CabaRay Showroom, which opened to the public in early 2018. The show currently airs on PBS public television stations around the country.

Ray Steven’s category of music is truly unique and spans from pop, country, rock, bluegrass and comedy. From those early years to today and everything in between, this multi-talented musician has toured the world, sold over 40 million albums and DVD’s, and delivered entertainment via audio recordings, music videos, television shows, concert stages and written word. He has memorably spoofed everything from Tarzan movies to crazy trends and created his own genre of comedy classics.