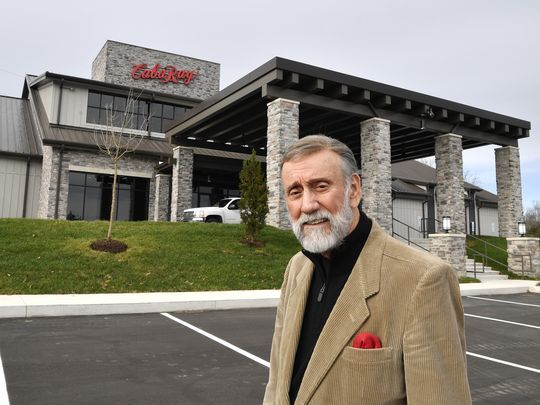 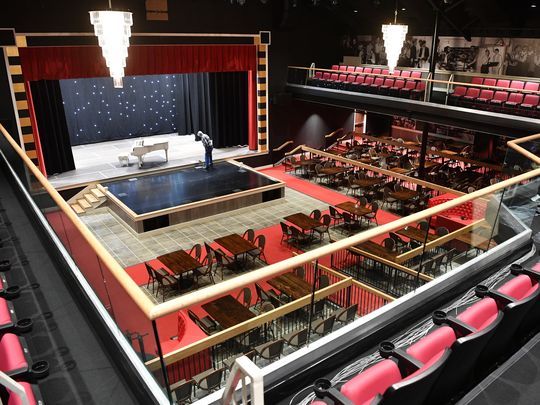 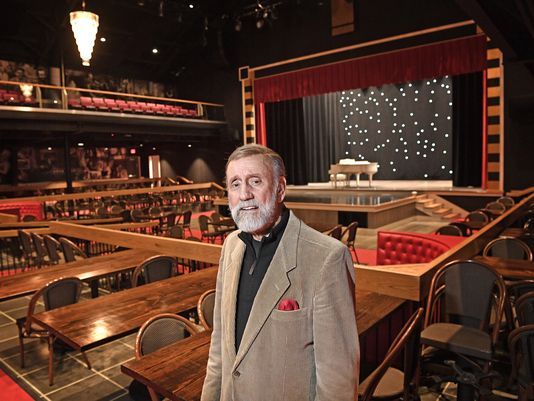 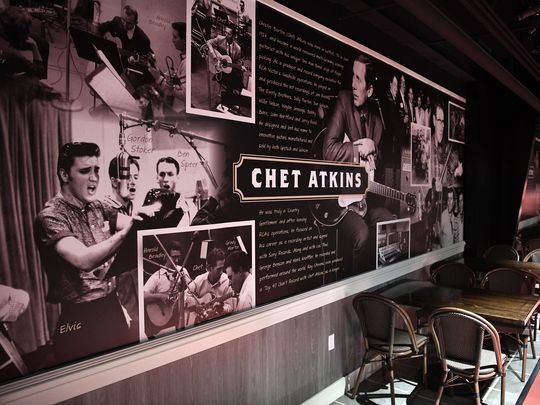 The kind of evening that starts with a bouquet of flowers and the shiniest shoes in the closet – that’s the experience Ray Stevens hopes his new venue CabaRay brings to fans in Music City.

Stevens’ CabaRay Showroom is a supper club that combines the polished atmosphere of vintage Las Vegas with the aesthetics of a chalet in Gatlinburg.

Guests to the state-of-the-art performance center can mingle in the piano bar before dinner then enjoy a leisurely, multi-course meal before the country singer and comedian’s 90-minute show. For those who don’t want to dine, theater seating is also available.

“This is a different venue for Nashville as well as just about any community in the United States,” Stevens said. “You don’t run across a show room like this every day, and I built it mainly because this is what I’ve done all my life and I enjoy it. I built it first of all to have fun. Secondly, I’d like people to come here to have fun, and I’m hoping we can make that happen.”

Stevens’ CabaRay Showroom, located at 5724 River Road, opens Jan. 18 and also includes television production facilities, a gift shop, a recording studio and an office complex. There is seating for more than 700 guests and free parking for 300 cars and six buses. Stevens will perform at the venue regularly, but also plans to welcome other entertainers as well as stage productions into his venue.

“People are coming to Nashville because Nashville is the place to come and this will give them another place to come besides The Grand Ole Opry and Lower Broadway,” he explained. “And, they can sure park a lot cheaper here.”

The idea of a Nashville showroom appealed to Stevens because he was tired of fighting traffic to travel to shows. Having a performance space 10 minutes from home means he can use a bigger band, expand his horn section, possibly hire a string section, and employ a range of large-scale props in his nightly concert.

Known for songs including “Everything is Beautiful” and “The Streak,” the singer calls himself a “frustrated architect” and was hands-on during every stage of the design and building process. He sketched the initial floorplan, oversaw construction and hand-selected every detail ranging from the lighting fixtures and trophy case finishes to the wall art.

When guests arrive, they enter into a spacious foyer lit with contemporary fiber-optic chandeliers. The piano bar, with its heavy wood and stone accents, is on the other side. Stevens hopes it provides a comfortable place for his guests to congregate and have cocktails before and after his shows.

“This is a lot like the old school Vegas,” Stevens said. “But even Vegas has fallen into the theater seating trap. All we need is slot machines. If we had slot machines we could afford to do this.”

Even the wall art is meaningful to the singer, and he thinks it will be too much of Nashville. Stevens had murals installed in the showroom depicting recording studios – a nod to the studios’ early role in helping establish Nashville as Music City. He named the dining booths after six of the early and most influential record producers, including Owen Bradley, Chet Atkins, and Fred Foster.

“Those guys spearheaded the effort, not knowing they were creating Music City,” Stevens said. “One thing I wanted to stress with this venue is the fact that Nashville became Music City USA because of recording studios.”
The walls also lend themselves to dinner conversation. Songwriter and Stevens’ business associate Buddy Kalb said that during the course of the meal, footage of the singer explaining the murals will be shown on the showroom’s large monitors.
He compared CabaRay to Rick’s Café in “Casablanca” and promised guests wouldn’t be disappointed.

“It’s a theme park for adults,” Kalb said. “It’s not blue entertainment by any stretch. I think you can expect an intimate show, audience interaction and a lot of fun. The whole idea of this is it’s a fun place.”

Where: 5724 River Road, about 10 minutes west of downtown Nashville

When: Ray Stevens CabaRay opens Jan. 18, and tickets are on sale now. Stevens will play most Thursday, Friday and Saturday nights in January and February, as well as Valentines Day, which is on a Wednesday. Starting in March, he will play Wednesday-Saturday nights.